GivePulse understands that COVID-19 is impacting our communities. See our latest resources to stay safe and organize events. 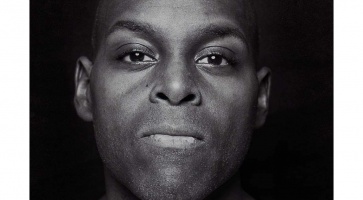 WOHO participants will help raise funds for a trainer at Life Time, Reggie, who has been diagnosed with Leukemia. Participants are welcome to come engage in a free workout and a silent auction to support Reggie and his family!

All funds generated by WOHO will be donated directly to the family :)

Blake, a dear friend of Reggie's, is helping to organize the event:

Please let me start off by saying I hope I am not over stepping my boundaries, but I felt compelled to share the following story that has been weighing on many hearts since the week of Thanksgiving. Winchell (Reggie) Campbell, whom is an employee of Life Time San Antonio at the Rim, amazing trainer, husband, and father to an amazing (sometimes rambunctious) daughter Zoey. Since Reggie has been hired, he has been battling a rare form of Leukemia and It does not stop Reggie from doing everything he can to show up to work everyday to serve his Members and Team Members, being a true Service Champion of Life Time.

Recently, they decided to go get a second opinion from physicians at MD Anderson Hospital in Houston, TX because Reggie was not feeling himself. When they arrived at MD Anderson the news was by far not what they had expected.

Unfortunately, they got news that Reggie had relapsed once again for the third time and found that more than 60% of his Leukemia cells present in his bone marrow. They admitted him into MD Anderson last Wednesday and they are still there. His pain is being controlled with pain meds and steroids which have caused some other side effects. His physicians brought about a proposed solution but the proposed solution was a clinical research drug that is not covered by his insurance. Therefore, they are having to pull him from the clinical trial and go with the physician’s “Plan B” for care, if insurance approves the medication to administer.

If approved, they will be there 8-10 more days as he starts the potential new medication which will be administered constantly at low doses via PICC line. After, that he will be discharged and will have to return to the MD Anderson Hospital once a week to change out the medication bag for a total of three weeks. At that point, he gets a break from the bag of medication for about two weeks. This whole process will continue for 5 months at which time they will have to look into another transplant.

I tell you all this to ask for a “Christmas Miracle” this holiday season for this family, our family. At this time, we ask for your help for Reggie and his family - to give him a chance to live a longer life without financial burdens, or even the burden of being denied a medication that has a greater chance of saving his life.

Thank you for your time and happy holidays.

Get the word out

As a group administrator, you'll have the ability to promote events and opportunities to your group's page.

How does it work?