I am part of an after school program in where we are helping our fifth graders with fractions. It was really interesting because this was my first time working with fifth graders with the topic of math. This myself helped me as a future teacher because it also opened up my eyes on the strategies I would need to implement in order to better help my students on difficult topics like fractions.
If you need more information, you may contact Dr. Gladys Krause at gladyshrueda@utexas.edu

I was scheduled for the last shift with the organization of BESO and we were tableling near the Sanchez building. We were face painting and it was fun because I got to face paint a lot of different figurines to students.

It was a good experience serving for the Movember campaign to build awareness of Men's health. Contact email- lee.lueder@gmail.com

This was my first time coming to Pease Park and it was a great experience in that we did so much in just three hours. I am not that knowledgeable about geology or the environment and the people I volunteered with would speak about it a lot. We added mulch to all of the trails in the park as well we would watch out for trash in the grass. It was annual and I do plan to participate next year for sure. We gave away encouraging notes to students along with smarties

We made posters to motivate people during finals week. This relaxed me and made me feel like I wasn't the only one under a lot of pressure. I participated with my small uln individual group to go around campus and turn off lights in unused classrooms. I had an excellent and fun time bonding with my group and helping out the ut community.

For our group service project, we went around campus and turned off the lights that had been left on in various rooms. My mentor group and I baked cookies to pass out to students who studied in the FAC for their exams. It was a fun filled, productive experience and everyone had a chance to bond before the end of the first semester! With my mentor group, I helped pass out candy and little notes of encouragement to people walking in and out of the PCL. It was kind of fun giving other students candy, and knowing that you could've made their day a little bit better.

The service project that out mentor group did was simple yet made a positive impact. We baked a few batches of cookies then went to the FAC to hand them out to the hardworking students preparing for their finals. We wanted to ease some of the stress the students were facing.
Mentor:
Jennifer Santos
jsantos7@yahoo.com 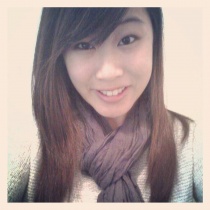 My mentor group and I decided to bake cookies for the Jester City Limits cooking staff to thank them for their hard work and to show our appreciation. We met on Monday the 1st of December in the Jester West Kitchen on the ground floor at 6, but I got there a little early to reserve the ovens. I thought it was very fun baking cookies with my group, because it helped me learn more about the people in my group whilst baking cookies! (I really like baking) At first our cookies turned out funny looking, but the second batch was much better. I really enjoyed doing this activity with my mentor group and I think Vanessa chose a very nice project to do. It showed our appreciation to the JCL staff and it was also a good way to learn more about people in my group.