Daniel gave to It's My Park Day - Spring

Its My Park Day is always such a rewarding experience. Giving back to the community is such a way gives me a sense that we are doing something more impactful. Volunteer with the CTYFL as a coach. We practice twice a week for about two hours and have our games on Saturdays. I've helped coach youth sports before and it's always extremely rewarding being able to see kids grow both in their sports and as young adults. This league will be continuing until the third week of November.

I volunteer every Sunday at my local church as a youth minister. Since I've been attending this church since I was a child, it's rewarding to be able to assist kids on their spiritual journey in the same way that I was guided when I was their age. I'm also involved with the youth Knights of Columbus program at the church. I had a great time! The staff was so great and the show was amazing! I liked how nice people were when I helpped them up or down the stairs. I would want to point out how important it is that they install lighting over the stairs at the Zilker Hilside Theater. Several people almost fell and they could have been very hurt. 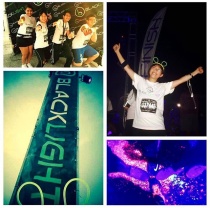 I checked out movies for patients and their families, as well as helped organize in the Family Resource Center at Dell Children's Hospital.

I checked out movies for patients and their families, as well as helped organize in the Family Resource Center at Dell Children's Hospital.

It was so much fun volunteering at the Dobie Middle School! We had a blast shaping the trees and adding a beautiful scene to the front of the middle school. Ahmed gave to The University of Texas at Austin

Sorted books into totes for Pleasant Hill Elementary School and Ortega Elementary school. Each school had numerous and different grade levels with multiple classes that needed 36 books in each tote with some totes needing Spanish/English books.

Withanage gave to Trail of Lights

It felt great to help out the Austin community.